More commonly thought is that firewood warms you twice. But that’s not true… often.

I guess it would be if you cut and stacked it in one go, but that would take a pretty keen bean wouldn’t it?

We’re not that keen here… we tend to do things in more small stages rather than all at once. Which is not necessarily how I like it, it’s just how it is for one reason or another.

Anyway, here is my afternoon’s efforts… 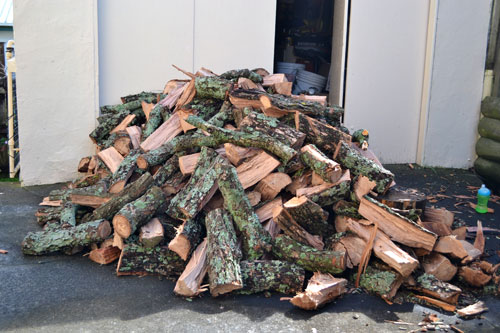 And a giant woodbox under our new kitchen (at the front left is all the previously stored wood which Andre hauled forward from the depths to make room for the new lot which will need to dry out before we use it next winter):

And tidied up even (won’t Daddy be so pleased!): 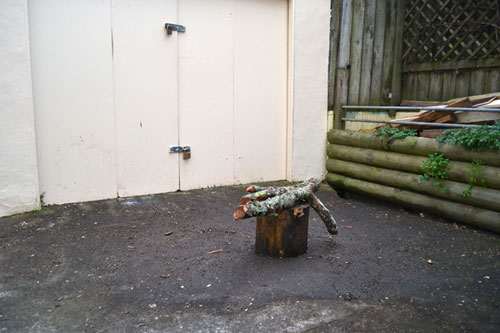 Although he might not appreciate the gift of two pieces which we decided wouldn’t fit in the fireplace and therefore need to be chopped still. It did cross my mind to do it myself, but only briefly… sorry!

One more woodpile to shift into it’s rightful place:

Sorry about the focus, it doesn’t look any better in focus anyway. Worse probably.

And another pile to be cut and then thrown into the woodbox:

And then we’ll be sorted for next winter (and warming for the third time) before we’ve even got to the end of this one!

As for the summer… well as you can see there is plenty to be doing by way of landscaping (even just a bit of weeding wouldn’t go amiss would it?!) and tidying up in the garage.

Can’t believe the thought that just crossed my mind… “Roll on next winter so we can just sit in front of the fire!”