I mentioned last week that we’d been rug shopping – making the most of a Saturday without a toddler in tow. We have been looking half-heartedly for a long while and had three completely dissimilar styles in mind. First up, a mock zebra hide, then a standard shag rug, and third, a piece of Persia. Slowly the first two got ruled out (zebra: too contemporary and not all that soft to lie down on, shag: couldn’t come up with a single colour we wanted in one large block – block colour might be in fashion but it wasn’t happening in our lounge) and we were left hunting for the perfect Persian.

If you’vc ever been on such a hunt you’ll understand why it’s taken us quite some time to finally say yes. There are a multitude of Persians out there, real or imitation, and if it was just down to price I would have been more than happy with an imitation (cheap I know, but I have children…), but all the imitation ones just didn’t have the right colours for us. We wanted a red base, with a whiter rather than creamier cream.

Numerous times I scrawled through listing after listing on Trade Me, and came across this seller who has a showroom in Westgate. It was well worth a trip! The guy really seemed to know his rugs (at least more than we did) but didn’t do a hard sell – rather, he left us to poke around and only when we found something to enquire about did he come over all helpful. We took one big’un away with us “on trial”, and he did say we could take another that we contemplated over but we knew it wasn’t “the one” so didn’t bother.

So here’s our 2x3m that came home on trial and hasn’t moved since! (I did say I’d wait to share pictures until I could get our lounge in order, but we’d all be waiting until Christmas. Still, some clever cropping and temporary removal of washing means all you need to imagine missing from this shot is the roll of foam behind the couch – boat upholstery project I believe, – and the clothes airer. Clutter on the coffee table is sadly not likely temporary, it just varies!) 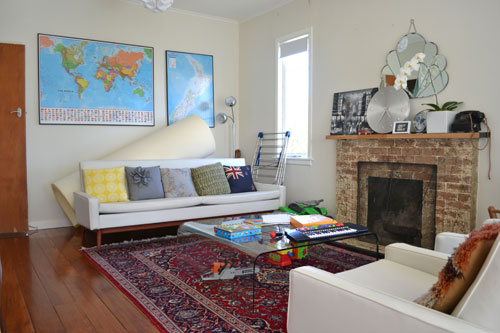 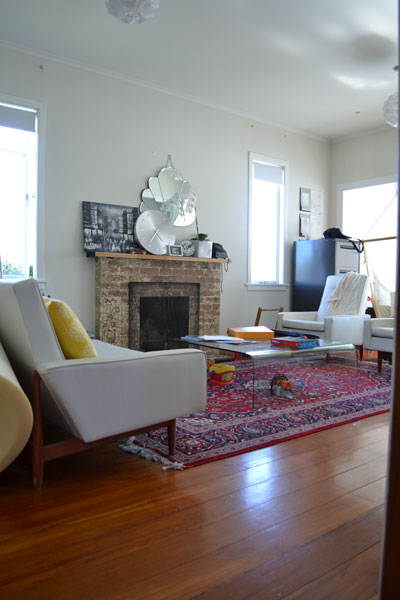 And because it’s all about the detail, here’s a close up:

It’s a Kashan rug, hand-woven. So sadly it wasn’t anything like $300 and yes I am very nervous and now have a “no food in the lounge” rule for children (which should have been in place prior to the rug anyway). So coffee group this week was outside on the deck despite it being a cool morning – sorry kids!

As mentioned above, the colours of imitation rugs just don’t even come close to the deep tones that we’ve got here. The red is just so red, and there are a couple of different blues to keep things interesting. It’s beautiful. Believe it or not, the rug makes me want to sit down in our lounge, which is a good thing, because I don’t very often.

And here’s another little one that gave us a tiny bit of bargaining power (we got $100 off the total of the two rugs) and put another smile on my face: 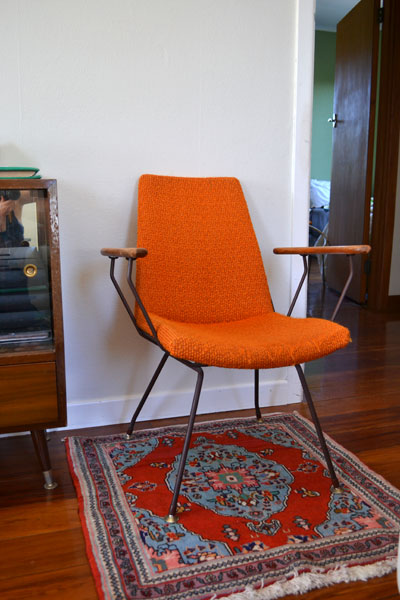 It’s an odd little square one, which may have once been one side of a floor cushion cover (or so we were told). Anyway, I just loved the colours (a smidgeon of duck egg blue!) and because I couldn’t stop thinking about it, it ended up coming home when Andre went to pick up the invoice and authenticity certificate for ol’ Kashan. It’s 77x77cm and is a Hamedan, again hand-woven. 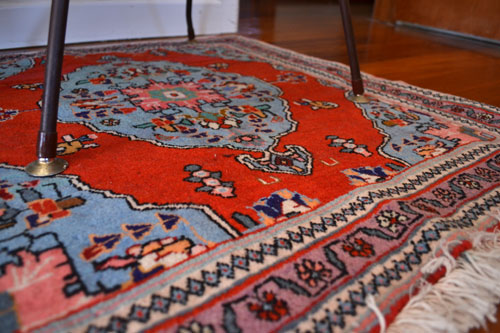 I just unrolled it in this unlikely spot for its first (for us at least) photo shoot, but as yet we don’t have a home for it as we’re a bit short on floor space. But once we can spread into the third bedroom (soon… real soon!) it’ll find a quiet spot in one of the bedrooms and be a nice warm place for my feet while I relax with a book… really?! Do I get to do that?! 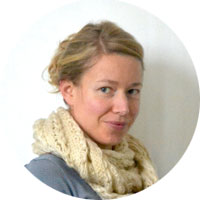